After four days in Quebec City, I’ve returned with a renewed sense of confidence about Alberta. Yes, I stepped in many puddles because I was riveted by the twitter feed surrounding the resignation of our Premier while walking the streets of Old Quebec. Yes, I was fascinated with how the soon-to-be wannabes started to position themselves for an upcoming leadership race. And yes, I watched as the opposition, media and self-proclaimed journalists licked their lips as fresh blood lingered in the air.

But when I step back and reflect on the tragedy of last week in Alberta, and compare it to the multi-generational calamity in Quebec, I remain conflicted with the fact that Alberta is repositioning for a prosperous future while Quebec is degenerating toward isolated antiquity.

The relentless quest for independence by the Parti Quebecois (PQ) continues to spread the idealism of blind hope and fiscal denial across a province that has such great potential for reinvention. But for 30+ years the province has held onto a strategy of rural tradition, political intimidation and backroom corruption that has led to a culture of dependency and economic decay.

The status quo can go on no more.

The youth in Quebec will soon rise up and demand a new world of openness, acceptance, tolerance, connectedness and transparency … a new world of opportunity. These will not be rallies for independence; rather, they will be upheavals of the old guard and generational mistrust. Today’s youth is activated: they will not be kept down; they will not be blindly led; and they will no longer be sacrificed for political gain. We witnessed it in the student rallies of 2012 and we are seeing it again in the resurgence of the Quebec Liberal Party.

As I walked through the narrow cobblestone streets of la Belle Province, I could feel the retrenchment of the PQ leadership in the air … its quest to campaign on fear … fear of population growth, multiculturalism, expressions of religion, inclusion of new voters, economic realities and the fear of discussion on the future for today’s youth.

The quest for independence will soon come to an end.

It is time for an intervention, and it will come on April 7th. Surrounded by an abundance of natural resources and beauty, it is time that for the youth to take control of the future of Quebec and start the new quest forward.

Back in Alberta, we will do our part to build a strong country through the building of strong provinces. Regardless of location, let’s ensure a culture of entitlement and dependency is never allowed to flourish across Canada. 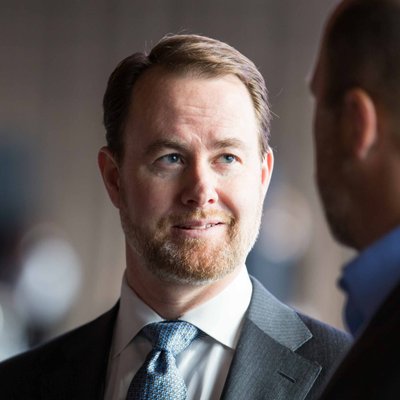 Private citizen committed to building the economic competitiveness and resilience of our country. Change starts at the organization-level, often requiring a redefinition of strategy, leadership and culture. There’s no reason for excuses anymore. We need to demand better and be better – the next generation is relying on us to do just that.